When does a family empire built on a reality TV series generate a billionaire business owner? When you’re a Kardashian, of course. On July 11th, 2018, Kylie Jenner, half-sister to Kim Kardashian and the extended Kardashian family, appeared on the cover of Forbes Magazine as she is set to exceed a $1 billion-dollar net worth, primarily due to her makeup line.1 Kylie has fully embraced her fame and social media presence to potentially be one of the youngest self-made billionaires. Welcome to 2018.

As Kylie Jenner embraced fame and fortune, the equity markets embraced strong earning reports and news headlines signaled progress in both the European Union and U.S. trade talks, as well as potential cooling in the China trade tensions. The S&P 500 was up 3.7% and the MSCI EAFE, (representing international developed market stocks) and MSCI EM (representing international developing market stocks) were up 2.4% and 2.2%, respectively. The Barclays U.S. Aggregate Bond Index was flat as bond investors remained on the sidelines from the fixed income market.2 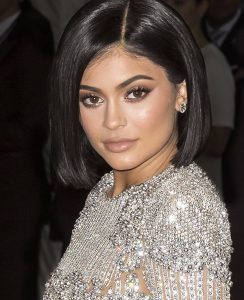 August
In a sign of technology’s critical role in the economy (or Apple’s unique dominance across a range of consumer products), August 2nd, 2018 marked the first time a public company was worth over $1 trillion dollars.3 Apple was a pioneer of the personal computer industry but now equally or more widely known for its influence and dominance in the music and smart phone market.

Powering Apple’s trillion-dollar valuation was the strong equity market gain in August. The S&P 500 was up 3.26% for the month of August. Unfortunately, global stocks were disconnected from the domestic rally and the MSCI EAFE sold off by almost 2%. Technology stocks play an increasing role in the U.S. domestic stock market where as the international markets are less representative of the sector.4 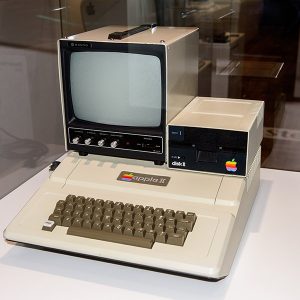 On September 23rd, golf star Tiger Woods achieved his first PGA tour victory in five years and 80th overall. After four back surgeries in five years and enduring physical and mental recovery, Tiger was able to relive some of his past glory, which made him one of games most dominant forces and a household name with a two-shot victory over Billy Horschel at The Players Championship.

While Tiger Woods displayed a consistent round of golf for a PGA Tour Victory, there was little consistency in the major investment markets. The S&P 500 was up roughly a half percent while the Russell 2000 (representing the domestic small company stocks), was down almost 2.5%. International markets were roughly flat, but once again bond investors were fretting rising rates and pushed the Barclays U.S. Bond Index down about .64%.5 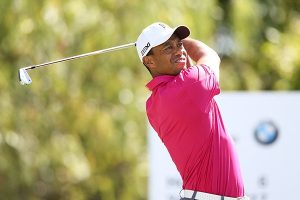 A tragedy in the local Pittsburgh area occurred on October 27th, 2018 at the Tree of Life Synagogue in the Squirrel Hill neighborhood. A disturbed and cowardly individual stormed into the synagogue as individuals prayed and gathered to support one another and their community. Eleven individuals were killed, and many others injured in one of the most tragic hate crimes in the United States. While such tragic events are unnerving and the human suffering unimaginable, we were reminded of the resiliency of humanity as Pittsburghers and citizens across the U.S. extended a tremendous amount of support for the victims and their families, emergency responders, the Tree of Life Congregation and the community at large.

Halloween started early in October as investors were frightened by tough trade talk by President Trump and Chinese President Xi Jinping. The S&P 500 was down 6.8% and the MSCI EAFE dropped by almost 8% for the month of October. Other major equity markets sold off as well. The flight from equities was not met with bond purchases. Bonds were negative by almost .8% during the month as the Fed stood by their hawkish interest rate views.6 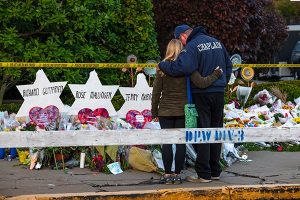 The 2018 wildfire season wreaked havoc and destruction for California. Beginning in July and August, and unfortunately continuing into November due to strong winds, the wildfires were one on the worst on record. The death toll reached over 80 people in the state. In addition, an estimated 15,500 structures were destroyed, and property destruction estimates are anywhere between $5 and $10 billion. Unfortunately, California has endured more than the usual amounts of wildfires over the last several years due various causes that need addressed.7

As California worked to contain the wildfire damage, equity and fixed income markets were correcting some of the selloff in October. The S&P 500 returned a little over 2% in the month while the Russell 2000 returned about 1.5%. Overseas markets were mixed as the MSCI EAFE was roughly flat while the MSCI EM markets rallied by about 4% on renewed enthusiasm around trade talks. The fixed income markets chipped in about .5% return as represented by the Barclays U.S. Aggregate Bond Index.8 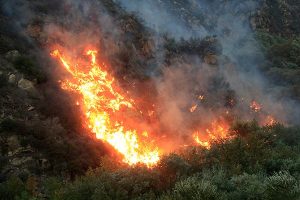 December ushers in the holiday season and a time of whimsical traditions. One new holiday tradition has been the “Elf on the Shelf” doll. What started out as an innocent tradition has turned many parents away from the exhaustion of moving a doll around the house daily and the required creativity that is demanded by children, and go figure, social media.

While parents are cooling to Elf on the Shelf, the equity markets have experienced an early “arctic blast”. The S&P 500 was down about 4.4% for the full year after a 9% sell off in the month of December. International markets held up relatively better in December although their losses appeared earlier in 2018. For 2018, the MSCI EAFE and MSCI EM was down 13.8% and 15.3% for the full year. After spending most of the year in the red, the Barclays U.S. Aggregate Bond Index returned .10% for the full year after a flight to safety in fixed income for the month of December.9

As 2019 begins, overall stock market valuations have been trimmed to reasonable historical levels and remain attractive despite lingering volatility. Fixed income remains a difficult market with the possibility of rising interest rates although the pace of increases in rates may be more cautious given tempered market expectations and a slower pace of economic growth.

I leave you with this. “In the business world, the rearview mirror is always clearer than the windshield”. Warren Buffett 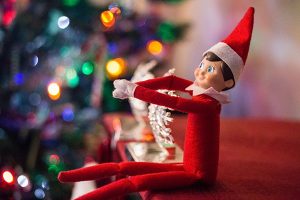 A word about risk: Equities may decline in value due to both real and perceived general market, economic and industry conditions. Investing in the bond market is subject to certain risks including market, interest rate, issuer credit and inflation risk; investments may be worth more or less than the original cost when redeemed. Investing in foreign denominated and/or domiciled securities may involve heightened risk due to currency fluctuation, economic and political risk, which may be enhanced in emerging markets. Mortgage and asset–backed securities may be sensitive to changes in interest rates, subject to early repayment risk, and their value may fluctuate in response to the market’s perception of issuer credit worthiness; while generally supported by some form of government or private guarantee, there is no assurance that private guarantors will meet their obligations. High-yield, lower-rated securities involve greater risk than higher-rated securities; portfolios that invest in them may be subject to greater levels of credit and liquidity risks than portfolios that do not. Alternative strategies such as arbitrage, hedged equity, market neutral or long/short may result in higher internal transaction costs and tax consequences of short-term gain. Funds may engage in option transactions and short sales. Option transactions involve special risks that may make it difficult or impossible to unwind a position when the fund desires. With short sales, you risk paying more for a security than you received for its sale. In addition to the normal risks associated with investing, merger arbitrage strategies may realize losses if the proposed reorganizations in which the strategy invests are renegotiated or terminated. Other arbitrage strategies may include but are not limited to convertible risk, synthetic convertible risk, convertible hedging risk, and covered call writing risk. In hedged equity strategies, selling index call options can reduce the risk of owning equities, but it limits the opportunity to profit from the increase in the market value of equities in exchange for the upfront cash at the time of selling the call option. Additionally hedged equity strategies may lose part or all of the cash paid for purchasing index put options. Unusual market conditions or the lack of a ready market for any particular option at a specific time may reduce the effectiveness of a hedged strategy. Diversification does not ensure against loss. There is no guarantee that these investment strategies will work under all market conditions or are suitable for all investors. Each investor should evaluate their ability to invest long-term, especially during periods of downturn in the market.