On January 30th, 2018 President Donald Trump delivered his first State of the Union address to lawmakers and the American public. While the traditional issues of immigration, tax cuts, and economy were front and center, trade talk remained a smaller segment of the evening but would play a larger role as the year progressed.

Equity markets started the year very strong as trade tension was only beginning to present itself. The S&P 500 rallied 4.85% in January. Rising interest rates within the bond market rattled bond investors. The Barclays U.S. Aggregate Bond Index dropped by almost 1% in January offering fixed income investors a relatively difficult month. As we move through 2018, equity markets and bond markets alike will be subjected to increasingly volatility.1 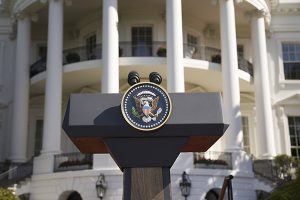 Diplomatic progress took a major step forward between North and South Korea as the only sister to dictator Kim Jong-un, Kim Yo-jong, visits South Korea on February 9th, 2018 as part of a delegation for the opening ceremony of the Winter Olympics. The North’s delegation is officially led by Kim Yong-nam, the 90-year-old country’s nominal head of state. Regardless, all eyes are on Kim Yo-jong as she is very close to her older brother and viewed as the Ivanka Trump of North Korea.

While tensions may have cooled on the Korean peninsula, equity and bond markets were more volatile. The threat of inflation was introduced sending the bond market down almost a 1% in February. Correspondingly, the equity markets were rattled as well, and volatility spiked. The S&P 500 was down 3.7% and the MSCI EAFE, representing the international developed markets, was down 4.5% for the month. Inflation fear met with an equity market priced at the higher end of historical norms, produced a dizzying month of trading and began to expose a fragile market in 2018.2 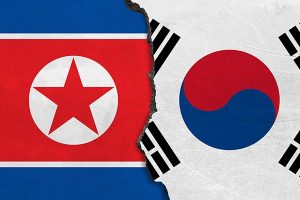 Bitcoin, the blockchain crypto-currency that had investors, speculators, and conspiracy theory scientists all over the world in on the maddening run upwards, saw their shares sink to $10,689 on March 2nd after a high of over $15,000 just a few months before. While some may portray bitcoin as an advanced technology that has merit, others use it as a speculative currency with little substance. Regardless of your belief, bitcoin would continue its precarious sell off through 2018 to the dismay of some and the expectation of many others.3

Bitcoin wasn’t the only asset to lose some of its shine. The S&P 500 was down about 2.5% in March. The international markets as represented by the MSCI EAFE was down almost 2%. Bucking the trend, the Russell 2000, representing domestic small company stocks, was up almost 1%. Investors were more bullish on stocks that are less dependent on global trade given the trade tension brewing.4 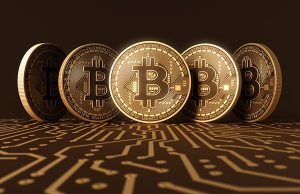 April
Amazon, the giant online retailer, raised the price for its Prime Membership by 20% on April 26th to $119 per year for the over 100 million Prime subscribers.5 Even more startling of their online dominance is that Amazon captures 44 cents of every dollar spent online in the U.S. last year.6 Traditional retailers continue to seek answers in an ever-changing consumer world of internet sales.

The markets rallied in April, as the first half of the year continued to display a tug of war between the bulls and the bears. The S&P 500 rose about 2.67% during the month, and the MSCI EAFE rose almost 3%. The U.S. Barclays Aggregate Bond Index dropped by almost 1% in April as inflation fears and rising interest rates continue to spook investors in 2018.7 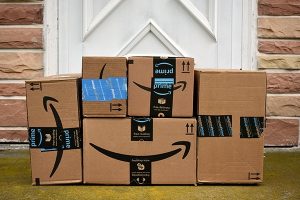 May 19th, 2018 marked a British royal family wedding as Prince Harry wed Meghan Markle, an American and former actress. The royal couple tied the knot inside St. George’s Chapel followed by a carriage procession in Windsor for those in the area to have an up-close look at the new Duke of Sussex and the Duchess of Sussex while correspondingly many millions across the globe tuned in via television and the internet for the historic event.

While the world celebrated a British royal wedding, investors were less than enthusiastic with global stocks. The MSCI EAFE dropped by 2.25% during the month and the MSCI Emerging Markets dropped by 3.5%. The S&P 500 rallied by 2.4% as the dollar strengthened and provided some relief in diversified portfolios.8 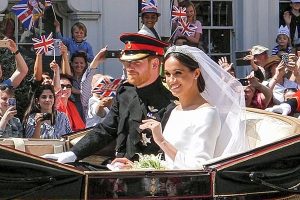 June
Every year there is a list of celebrities, sports heros, and politicians that pass away. One of the more beloved figures of present time was Anthony Bourdain, who passed on June 8th 2018 at the young age of sixty one due to suicide. While Bourdain traveled the world in search of local eateries and an appreciation of street food, he also offered a unique opportunity to show how food can bring people together, no matter where they reside.

As the first half of the year came to a close, domestic equity markets provided a respectable six month return with the S&P 500 up 2.65% and the Russell 2000 up 7.65%. Overseas the markets were lackluster at best, producing single digit losses in both the MSCI EAFE and the MSCI Emerging Markets. The Barclays U.S. Aggregate Bond index provided a negative 1.62% return as the Federal Reserve tightened its stance and left bond investors to manage rising rates.9 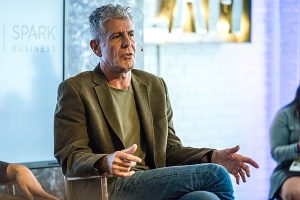