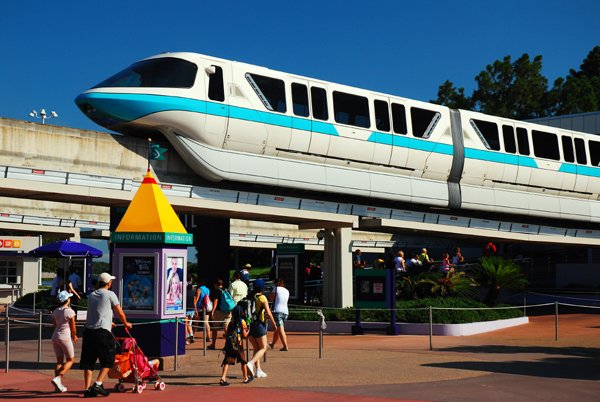 Walt Disney World in Orlando Florida reopened under new guidelines and rules after almost four months of closure. While Coronavirus cases continued to pick up in Florida, Disney World was moving forward with guidelines that offered some semblance of normalcy in an unnormal 2020. With facemasks, temperature checks, social distancing, and other measures, Disney World was being reinvented with medical guidance, not the latest children’s character.1

Markets surged ahead in July as investors began to endure an economy under a pandemic. The S&P 500 was up 5.64% in July, pushing the index into positive territory for the 2020 year. The other big equity index winner in July was emerging markets, rallying over 9% in the month as represented by the MSCI EM index. Chinese technology stocks were fueling much of the emerging market gains, just as growth stocks in the U.S. powered the S&P 500 throughout most of the year.2 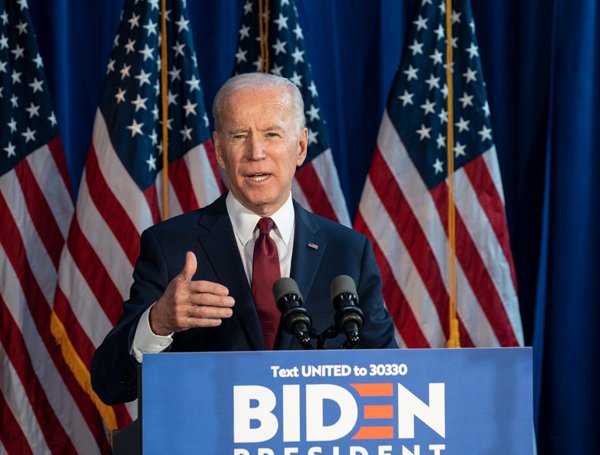 On August 11th, former Vice-President Joe Biden, the all but forgone Democratic presidential nominee, selected California Senator Kamala Harris as his running mate. In the following week, the first virtual Democratic National Convention would move forward with nominating Joe Biden and setting off the highly contested Presidential race of 2020.

Equity investors of all kinds were off to the races in August. The S&P 500 rallied by 7.2% followed by domestic small companies, represented by the Russell 2000, returned 5.6%. Developed international markets rallied by 5.2% as global markets were pulled forward by the United States’ sense of resumed growth. Bond yields rose slightly in August and the Barclays Aggregate Bond index dropped by almost 1%.3 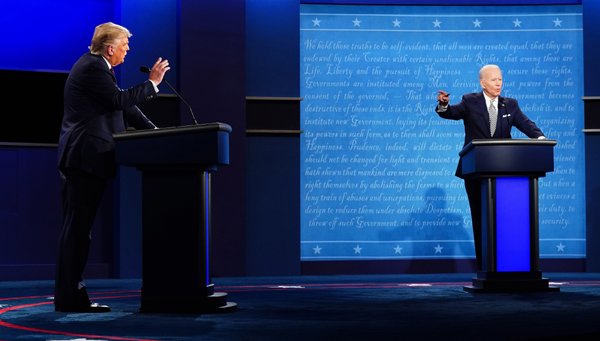 On September 29th, 2020, the first Presidential Debate between Donald Trump and Joe Biden in Cleveland, Ohio, brought a chaotic series of bitter exchanges between the two foes. Moderator, Chris Wallace of Fox News, struggled to keep the peace for ninety minutes. American voters were left to sort through the barbs to find platforms they aligned with or considered aligning with for the upcoming presidential election.

Investors were left sorting through a pullback in equity markets after a series of strong months. Investors trimmed 3.8% off the S&P 500 as many worried that another lockdown or political divisiveness could wreck the economic recovery. International markets sold off less, as investors focused their attention on the upcoming U.S. election and the potential unknowns.4 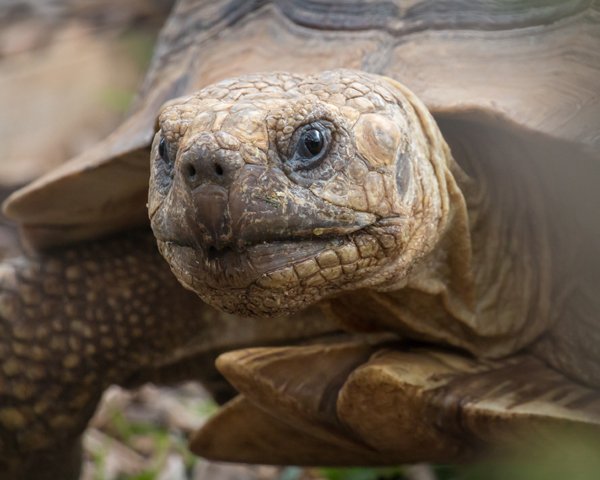 More unusual news in an unusual year. A 200-pound tortoise, aptly named Sparkplug, broke out of its enclosure and traveled across Alabama on the lam. Sparkplug, an African spurred tortoise, traveled over 30 miles from his home before Facebook pleas alerted locals to the traveling turtle. A land owner eventually spotted Sparkplug and it was safely returned to its safe habitat.5

Sparkplugs were firing in the markets as well, although not in unison. The S&P 500 dropped by 2.66% and the MSCI EAFE dropped by almost 4%. On the other hand, the Russell 2000 and MSCI EAFE were both up over 2%. The two morals in September are slow and steady wins the race, and diversification matters.6 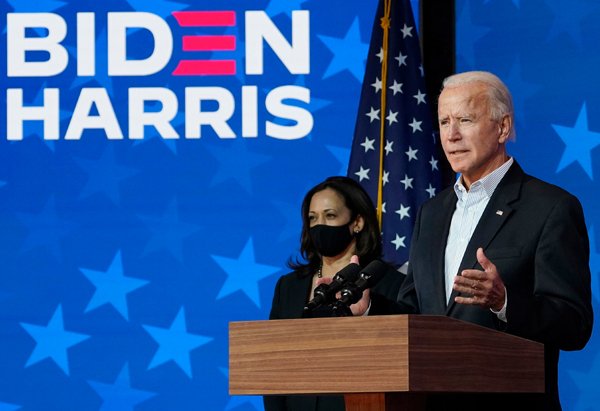 In what was a whirlwind of campaign culminating in late-night vote counting at the polls, Joe Biden and incumbent U.S. Senator Kamala Harris defeated the Republican ticket of incumbent President Donald Trump and Vice-President Michael Pence. Due to the pandemic issues, many swing states saw delays in vote counting and reporting, adding to confusion among the news outlets over the next several days. As we move toward the January 20th, 2021 inauguration of Biden and Harris, controversy, politics, and media attention continue to surround the hotly contested Presidential Election of 2020.

As the media focused on the election and ensuing controversy, investors went on a massive buying spree. The S&P 500 was up 10.95%, the Russell 2000, representing domestic small companies, was up 18.42%, and International Developed markets, as represented by the MSCI EAFE, was up 15.5% in November. Interestingly enough, markets rallied hard after Trump was elected, and now Joe Biden, offering evidence that markets are less politically aligned than we think.7 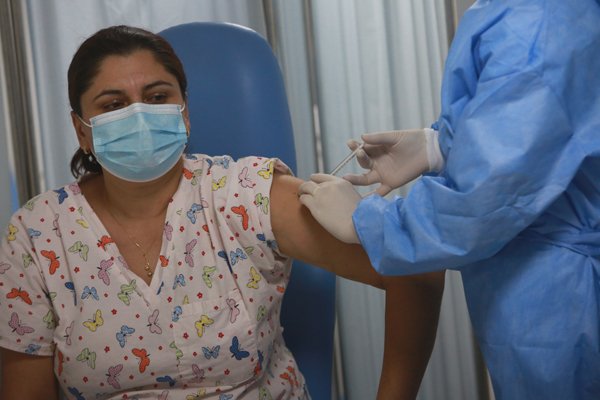 Christmas came a little early for global humanity, as the U.S. Food and Drug Administration issued the first emergency use authorization for a vaccine to prevent Covid-19 from the drug giant Pfizer on December 11th, 2020.8 By December 14th, an intensive care nurse in Long Island became the first person to receive the vaccine as the doses were distributed to front line workers and those most in need.9 Other drug companies, such as Moderna, also received approval, aiding in the efforts to combat the pandemic. In an otherwise challenging year, the vaccine release provided new optimism and a testament to the resiliency and collaboration of humanity.

On the backs of a Covid-19 vaccine, markets continued their upward trajectory. The S&P 500 finished the year up 18.39%, while the Russell 2000, representing domestic small companies, finished up almost 20%. The MSCI EAFE chipped in 8.39% and the MSCI Emerging Markets rallied by 18.5% to represent the global stock rally of 2020. And finally, as interest rates dropped (to absurdly low levels), the Barclays U.S. Aggregate Bond index finished up 7.51% for 2020. Who would have guessed a strong market after the pandemic challenges? It goes to show that the markets are resilient as well.10

I leave you with this,
“Optimism is the faith that leads to achievement. Nothing can be done without hope and confidence.” – Helen Keller

Investment in the portfolios mentioned in this document may not be suitable for all investors. Past performance is not a guide for future performance and should not be the sole factor in consideration when selecting investments. The price of investments may go up or down and the investor may not get back the amount invested. Your income is not fixed and may fluctuate. The value of investments involving exposure to foreign currencies can be affected by exchange rate movements. Levels, bases and reliefs from taxation can change.
Past performance is no guarantee of future returns.
A word about risk: Equities may decline in value due to both real and perceived general market, economic and industry conditions. Investing in the bond market is subject to certain risks including market, interest rate, issuer credit and inflation risk; investments may be worth more or less than the original cost when redeemed. Investing in foreign denominated and/or domiciled securities may involve heightened risk due to currency fluctuation, economic and political risk, which may be enhanced in emerging markets. Mortgage and asset–backed securities may be sensitive to changes in interest rates, subject to early repayment risk, and their value may fluctuate in response to the market’s perception of issuer credit worthiness; while generally supported by some form of government or private guarantee, there is no assurance that private guarantors will meet their obligations. High-yield, lower-rated securities involve greater risk than higher-rated securities; portfolios that invest in them may be subject to greater levels of credit and liquidity risks than portfolios that do not. Alternative strategies such as arbitrage, hedged equity, market neutral or long/short may result in higher internal transaction costs and tax consequences of short-term gain. Funds may engage in option transactions and short sales. Option transactions involve special risks that may make it difficult or impossible to unwind a position when the fund desires. With short sales, you risk paying more for a security than you received for its sale. In addition to the normal risks associated with investing, merger arbitrage strategies may realize losses if the proposed reorganizations in which the strategy invests are renegotiated or terminated. Other arbitrage strategies may include but are not limited to convertible risk, synthetic convertible risk, convertible hedging risk, and covered call writing risk. In hedged equity strategies, selling index call options can reduce the risk of owning equities, but it limits the opportunity to profit from the increase in the market value of equities in exchange for the upfront cash at the time of selling the call option. Additionally, hedged equity strategies may lose part or all of the cash paid for purchasing index put options. Unusual market conditions or the lack of a ready market for any particular option at a specific time may reduce the effectiveness of a hedged strategy. Diversification does not ensure against loss. There is no guarantee that these investment strategies will work under all market conditions or are suitable for all investors. Each investor should evaluate their ability to invest long-term, especially during periods of downturn in the market.