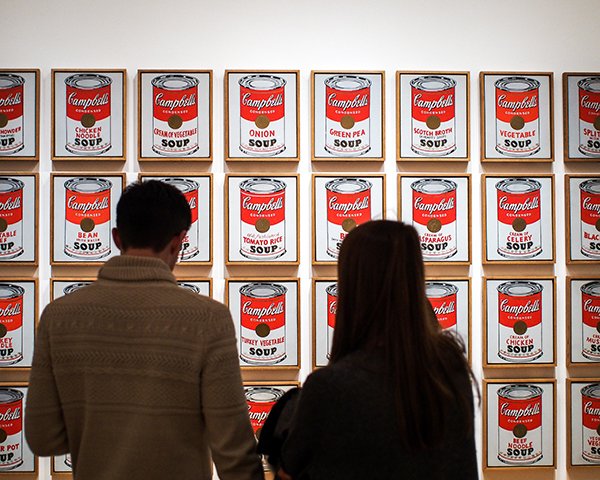 Sixty years ago on July 29th, 1962, Andy Warhol unveiled the now iconic Campbell Soup can paintings in Los Angeles. While Campbell’s executives weighed legal action and debated how to respond, the popularity only grew and provided exposure to the brand offering significant benefits. While the value of the original soup can paintings is hard to measure, we do know that the auction record for a Warhol is $195 million, for the “Shot Sage Blue Marilyn”. Warhol’s fame has endured but his prediction “that everyone will be world-famous for 15 minutes” may have been over-estimated in the social media age.1

The markets increased significantly in value in July 2022, albeit not at the same pace of soup can painting by Andy Warhol. The S&P 500 increased by 9.2%, and the Russell 2000 jumped by over 10% in July, representing domestic large caps and small caps respectively.2 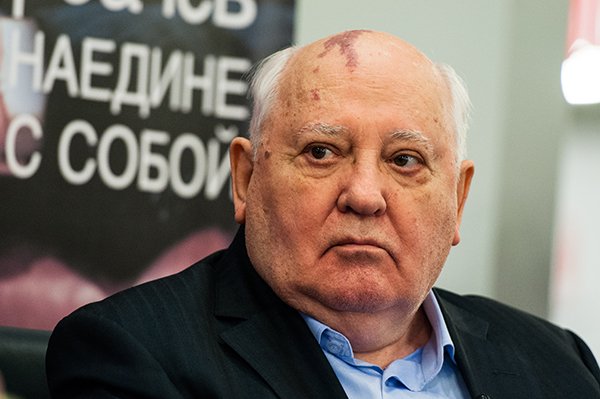 Mikhail Gorbachev passed away on August 30th, 2022, at the age of 91. Gorbachev, the last Soviet Union leader before dissolution, ushered in new relations among the United States and the United Kingdom with a series of nuclear arms reductions. And even more critical, he largely stayed away from the Eastern European country’s rebellions and eventual re-unification of Germany. While western countries view Gorbachev as a visionary and pragmatist of communist policies, many hard-liners in Russia view his actions as an abrupt end to their influence and power across Europe and elsewhere.

August was a negative month as inflation continued to run hot and company earnings were in focus. The S&P 500, representing domestic large company stocks, dropped by 4.2% as big tech firms reported lighter growth. The Bloomberg aggregate bond index dropped by 3% as investors ran from bonds like dot-com stocks in the early 2000.3 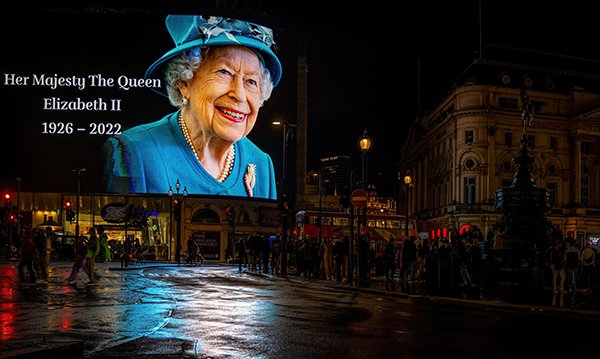 After celebrating her platinum jubilee earlier in the year, Queen Elizabeth passed away at the age of 96 on September 8th, 2022. Immediately upon her passing, her eldest son, Prince Charles, became King Charles III. Behind Charles for the throne, is his eldest son, Prince William, son of Charles and his first wife, now deceased, Diana. After 70 years, there is a new King and plenty of ongoing drama for a Netflix series.

Investors were in mourning in September as well. The S&P 500 dropped by 9.22% as inflation raged on. The Barclays Aggregate Bond Index dropped by an astonishing 4.32% and was now off 14.6% through the first nine months, providing one of the worst bond returns on record. By the end of September, all major markets were in a sobering bear market.4 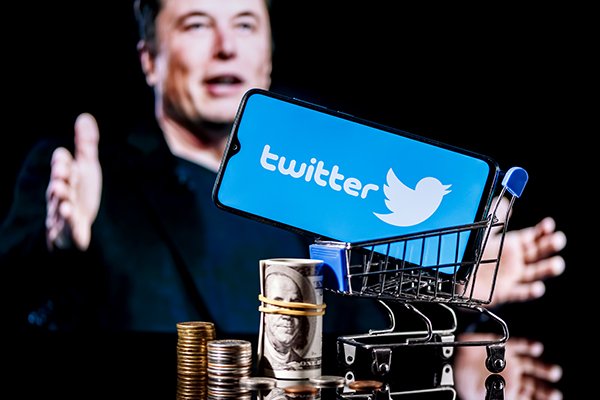 On October 28th, 2022, Elon Musk officially took over Twitter. After months of legal drama and social media barbs being fired among various parties, Musk was firmly in control of the media giant. Musk, while a remarkable visionary of many game-changing companies, wasted no time firing staff and continuing the erratic behavior found with eccentric billionaires.

Markets were also erratic in October. After posting a streak of down months, the S&P 500 rallied by 8.1%. The Russell 2000, representing domestic small company stocks, rallied by 11%. Developed international markets lagged domestic but still posted a decent return of 5.38%. Despite the equity rally, the Bloomberg Bond Index was down 1.30% as investors were dedicated to punishing fixed income for past time at such low yields.5 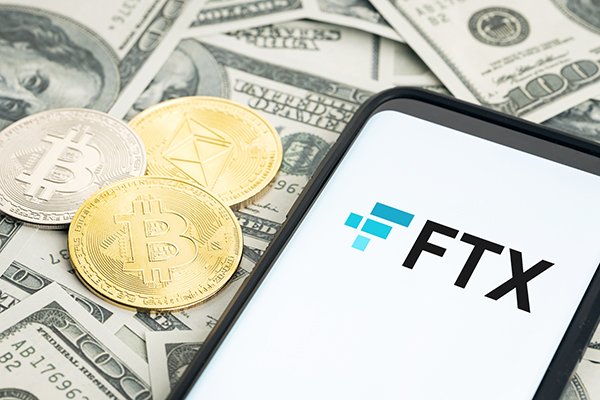 The cryptocurrency market took it on the chin in November as one of the largest offshore exchanges, FTX, froze up. FTX filed for Chapter 11 bankruptcy days later, effectively wiping out investors of billions and providing little recourse to crypto customers of FTX. When you have a hard to value speculative currency, an unregulated industry, and an exchange based offshore in the Bahamas, it’s not hard to see how this story ends.6

While FTX was imploding and crypto currency was being revalued lower, the traditional markets found themselves in a rally. The S&P 500 rose by 4.7%, and the Bloomberg U.S. Aggregate Bond index pushed higher by 3.2%. The November winner though was the MSCI Emerging Markets index, representing developing countries, rallying 12% on the lessening of China’s zero-covid policies.7 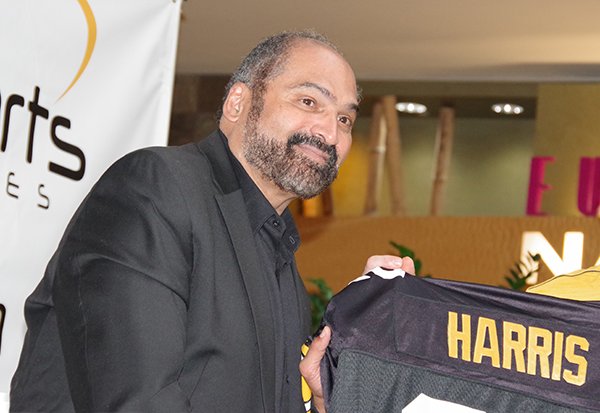 The legendary Franco Harris, the Hall of Fame running back of the Pittsburgh Steelers, passed away suddenly at the age of 72 on December 20th, 2022. While well known for the greatest NFL play of all time, the “Immaculate Reception”, Harris embodied much more than a single play or being an integral part of the rise of a great football team from the pitiful decades before.8 Harris embodied a city that was seeking hope during the decline of a steel industry. His determination on the field and role-model persona off the field was notable to many, including on-field rivals.

After posting gains in the three previous years, the S&P 500 index dropped by 18.1% during 2022 as inflation spiked, and the Fed raised rates aggressively. Given the war in Ukraine and soaring energy prices, the MSCI EAFE, representing developed international stocks, dropped by 14%. In a risk off environment, the NASDAQ Composite Index dropped by 32.5% as its index tilts aggressively towards technology and new economy companies. On the bond side of investor allocations, the Bloomberg U.S. Bond Index dropped an astonishing 13% in 2022, as inflation wreaked havoc on low bond coupons of the past decade.9

The 2022 year proved to be a challenging year both from a market standpoint and with a war in the Ukraine. Additionally, we saw inflation come back with a vengeance and this was reflected in market performance. During each of these challenges, it is hard to recognize when, or if, these will pass. This is despite knowing from history that they will pass in some shape or form and sometimes much sooner than we think. As we look out into 2023, we have an expectation that inflation will be tamed, the determination of the western world and the Ukrainian people will force a favorable result in the war, and the might of United States and global economies will push forward even stronger.

I leave you with this quote:

“Remember, your attitude toward a situation can help you to change it; you create the very atmosphere for defeat or victory’”. – Franco Harris

“Remember,
your attitude toward a situation
can help you to change it;
you create the very atmosphere
for defeat or victory’”.

A Look Back on 2022 – The Dichotomy of High Inflation and Low Unemployment, Part 1

A word about risk: Equities may decline in value due to both real and perceived general market, economic and industry conditions. Investing in the bond market is subject to certain risks including market, interest rate, issuer credit and inflation risk; investments may be worth more or less than the original cost when redeemed. Investing in foreign denominated and/or domiciled securities may involve heightened risk due to currency fluctuation, economic and political risk, which may be enhanced in emerging markets. Mortgage and asset–backed securities may be sensitive to changes in interest rates, subject to early repayment risk, and their value may fluctuate in response to the market’s perception of issuer credit worthiness; while generally supported by some form of government or private guarantee, there is no assurance that private guarantors will meet their obligations. High-yield, lower-rated securities involve greater risk than higher-rated securities; portfolios that invest in them may be subject to greater levels of credit and liquidity risks than portfolios that do not. Alternative strategies such as arbitrage, hedged equity, market neutral or long/short may result in higher internal transaction costs and tax consequences of short-term gain. Funds may engage in option transactions and short sales. Option transactions involve special risks that may make it difficult or impossible to unwind a position when the fund desires. With short sales, you risk paying more for a security than you received for its sale. In addition to the normal risks associated with investing, merger arbitrage strategies may realize losses if the proposed reorganizations in which the strategy invests are renegotiated or terminated. Other arbitrage strategies may include but are not limited to convertible risk, synthetic convertible risk, convertible hedging risk, and covered call writing risk. In hedged equity strategies, selling index call options can reduce the risk of owning equities, but it limits the opportunity to profit from the increase in the market value of equities in exchange for the upfront cash at the time of selling the call option. Additionally, hedged equity strategies may lose part or all of the cash paid for purchasing index put options. Unusual market conditions or the lack of a ready market for any particular option at a specific time may reduce the effectiveness of a hedged strategy. Diversification does not ensure against loss. There is no guarantee that these investment strategies will work under all market conditions or are suitable for all investors. Each investor should evaluate their ability to invest long-term, especially during periods of downturn in the market.