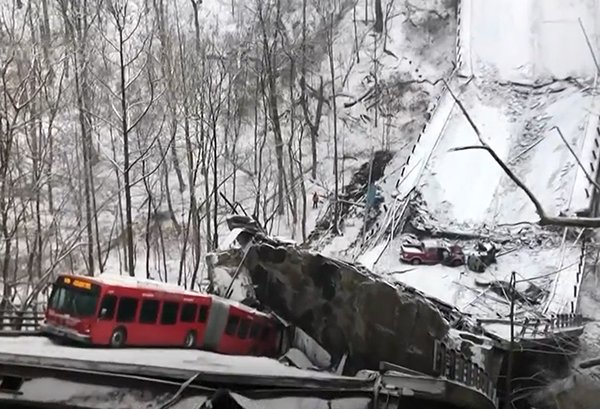 On January 28th, 2022, the 447-foot Fern Hollow Bridge connecting major areas of the Pittsburgh’s east side of town collapsed in the early hours as a Port Authority bus carried morning commuters. Fire responders rappelled down the ravine to haul victims out. Miraculously, there were no severe injuries as it was before the heavily trafficked morning rush hour. The bridge collapse and neglect of America’s infrastructure were on full display in Western Pennsylvania.

Markets were crumbling across many asset classes to start 2022. The S&P 500 was off by 5.17% to start the year and the bond market, as represented by the Bloomberg’s U.S. Aggregate Bond Index, pulled back 2.15% as inflation worries began taking hold on investor sentiment.1 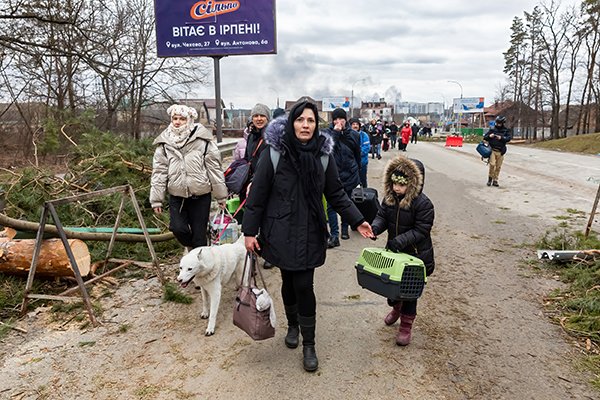 On February 24th, 2022, Russia launched a full-scale invasion of neighboring Ukraine. In a blistering attack via land and air, Russia pronounced its “special military operation” to demilitarize the country. The Western world created a united front in support of Ukraine and imposed immediate sanctions on Russia. Most experts predicted a quick Russian victory given the strength and advantages of Russia. By the end of 2022, we began to realize that the resilience of the Ukrainian people, the collective support of the Western nations, and the inadequacies of the demoralized Russian army would offer many different outcomes than those foreseen in the first few weeks of the war.2

As the war in Ukraine took hold and energy prices skyrocketed, markets sold off. The S&P 500 was down 3% and the MSCI EAFE, representing international developed countries, dropped by 1.7% in February. The Bloomberg U.S. Bond index dropped 1.1% in February, and inflation would remain elevated with little end in sight as energy prices jumped dramatically.3 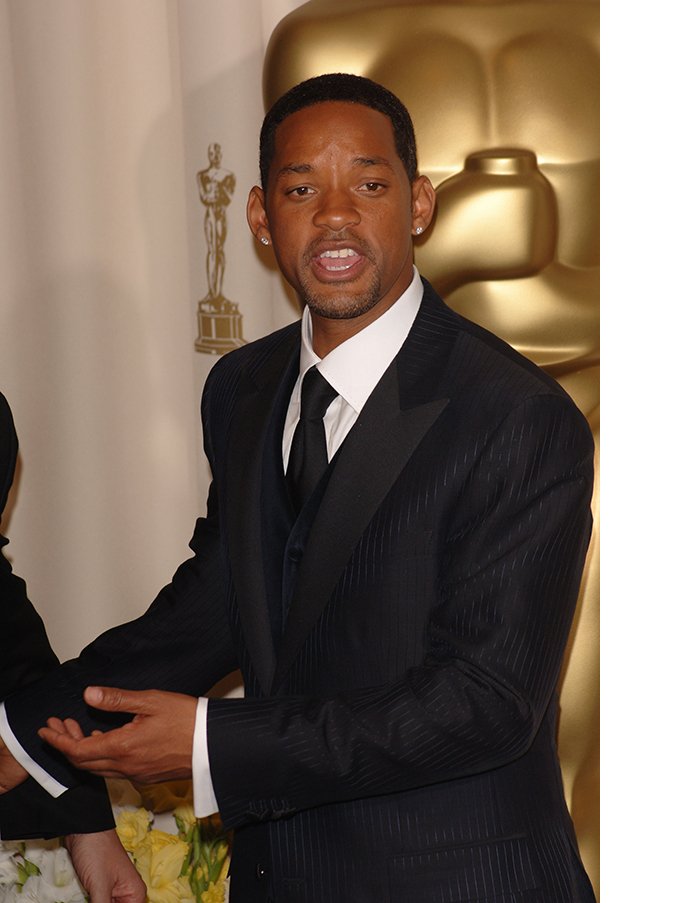 In bizarre T.V. news, actor Will Smith walked onstage and slapped comedian Chris Rock across the face in response to Rock’s joke about Jada Pinkett Smith. Later that evening, Will Smith won the Best Actor award and gave the longest speech in Oscar history. After public astonishment across wider audiences, the Academy Awards imposed a ten-year ban on Will Smith. Chris Rock did not press charges and has largely remained quiet on the terrible incident.

As we processed the Will Smith attack on Chris Rock, investors were processing what to make of the various markets. The S&P 500, representing the domestic large cap market, rallied by 3.7% in March followed by the Russell 2000, representing small domestic companies, rallying by 1.25%. The MSCI Emerging Markets index, representing developing countries, dropped as Russian securities were effectively wiped out, and China struggled to re-open in a post-quarantine world.4 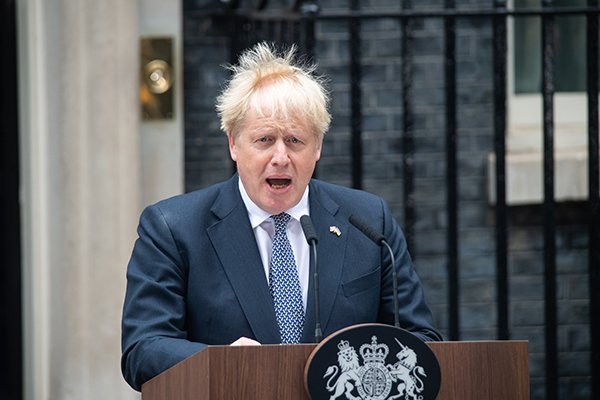 In milder global news, the Prime Minister of the United Kingdom, Boris Johnson, was fined $50 relating to a lockdown violation while attending a party. While the actual offense may seem tame in a world mired in scandals, what was likely behind the uproar was the U.K. remaining lethargic in economic growth for too long. For context, the average Gross Domestic Product, or G.D.P., per person closely mirrored that of Mississippi, the lowest ranked state for GDP in the United States.5

While the U.K. was wrapped up in “party-gate”, the markets were in no party mood either. The S&P 500 was down 8.7% and the Bloomberg U.S. Aggregate Bond Index was down 3.8%. Investors were reacting to hot inflation data and selling both sides of a traditional balanced portfolio.6

May: Inflation Heats Up 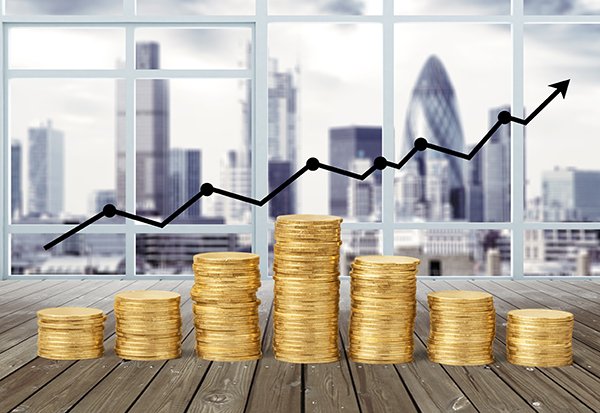 The consumer price index for May rose by 8.6% from a year ago, registering as one of the hottest numbers in almost forty years. While the surge in energy prices was one of the main culprits, core inflation, which excludes food and energy, was up 6% suggesting rising prices were a looming issue beyond the headline inputs. While interest rates and inflation pushed higher, unemployment remained extremely low as the economy forged ahead and the pandemic changed employee behaviors.7

Investors digested heated inflation and rising interest rates with a surprisingly subdued month of returns. The S&P 500 returned .18%, and most other equity markets were relatively flat as well despite the intra-month volatility of an early sell-off and a monster rally later in the month. It reaffirms that market timing in the short term is impossible.8 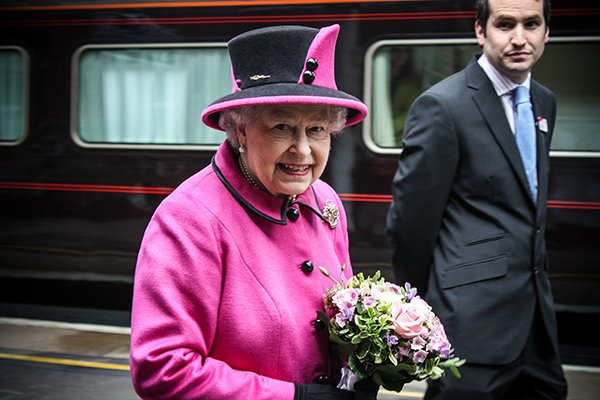 Quenn Elizabeth II celebrated her seventieth year on the United Kingdom’s throne. Her reign began at the young age of twenty-five on February 6th, 1952. While the Queen has had her fair share of controversies, both within her family as well as the contentious empire that stretched across the globe and slowly decolonized, most Britons recognized her strength and character among a time of divisive leaders.9

Markets were not in a jubilee celebration. The S&P 500 sold off by 8.2%, and the MSCI EAFE sold off by 9.2% as a lingering war in the Ukraine raged on, and recession fears remained front and center. The Bloomberg U.S. Aggregate Index dropped by 1.6% and was then off by over 10% in the first six months of 2022. For perspective, that is one of the worst bond returns for six months on record.10

The first half of 2022 investment markets were driven by a substantial exogenous risk from a war in the Ukraine and an endogenous risk of untamed inflation. The second half of the year would be focused on how these two events can be solved quickly and without further distress.

A Look Back on 2022 -The Dichotomy of High Inflation and Low Unemployment, Part 2

Behavioral Finance: Why and How to Avoid Emotional Investment Decision-Making

A word about risk: Equities may decline in value due to both real and perceived general market, economic and industry conditions. Investing in the bond market is subject to certain risks including market, interest rate, issuer credit and inflation risk; investments may be worth more or less than the original cost when redeemed. Investing in foreign denominated and/or domiciled securities may involve heightened risk due to currency fluctuation, economic and political risk, which may be enhanced in emerging markets. Mortgage and asset–backed securities may be sensitive to changes in interest rates, subject to early repayment risk, and their value may fluctuate in response to the market’s perception of issuer credit worthiness; while generally supported by some form of government or private guarantee, there is no assurance that private guarantors will meet their obligations. High-yield, lower-rated securities involve greater risk than higher-rated securities; portfolios that invest in them may be subject to greater levels of credit and liquidity risks than portfolios that do not. Alternative strategies such as arbitrage, hedged equity, market neutral or long/short may result in higher internal transaction costs and tax consequences of short-term gain. Funds may engage in option transactions and short sales. Option transactions involve special risks that may make it difficult or impossible to unwind a position when the fund desires. With short sales, you risk paying more for a security than you received for its sale. In addition to the normal risks associated with investing, merger arbitrage strategies may realize losses if the proposed reorganizations in which the strategy invests are renegotiated or terminated. Other arbitrage strategies may include but are not limited to convertible risk, synthetic convertible risk, convertible hedging risk, and covered call writing risk. In hedged equity strategies, selling index call options can reduce the risk of owning equities, but it limits the opportunity to profit from the increase in the market value of equities in exchange for the upfront cash at the time of selling the call option. Additionally, hedged equity strategies may lose part or all of the cash paid for purchasing index put options. Unusual market conditions or the lack of a ready market for any option at a specific time may reduce the effectiveness of a hedged strategy. Diversification does not ensure against loss. There is no guarantee that these investment strategies will work under all market conditions or are suitable for all investors. Each investor should evaluate their ability to invest long-term, especially during periods of downturn in the market.