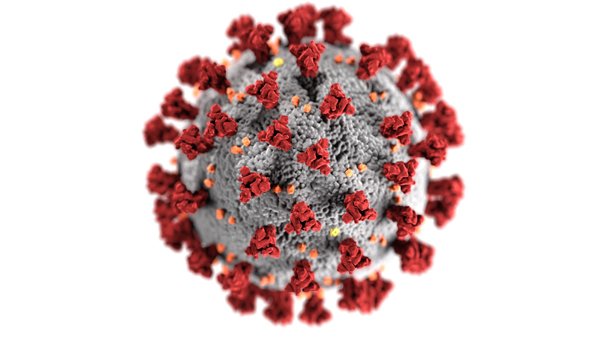 January 1st recognizes the beginning of a new calendar year for most cultures. A time of celebration, new beginnings, or religious customs. 2020 was shaping up as most other new year’s, although we started to see ominous signs from a large city in the Hubei province of Wuhan China. Wuhan, an industrial manufacturing city of 11 million people, would be the center of a worldwide pandemic. A severe respiratory virus SARS-COV-2 believed to be from an animal source tracked to a Huanan Seafood Market would introduce the global Coronavirus disease 2019, or better known Covid-19 into the world health and economic stage.

Equity markets were beginning to show ominous signs as well. The S&P 500 was relatively flat for the month as the Covid-19 was originally viewed as an international or Chinese issue only. The MSCI EAFE dropped by 2.09% in January as the virus was first reported in France. The MCSI EM index dropped by 4.66% as China sealed of the Wuhan metropolis and imposed draconian measures to combat the spread.1 While equity markets were battered, the Barclays Aggregate Bond Index rallied quickly to post a dramatic 1.92% return for the month of January. Investors troubled by international markets sought refuge in fixed income. 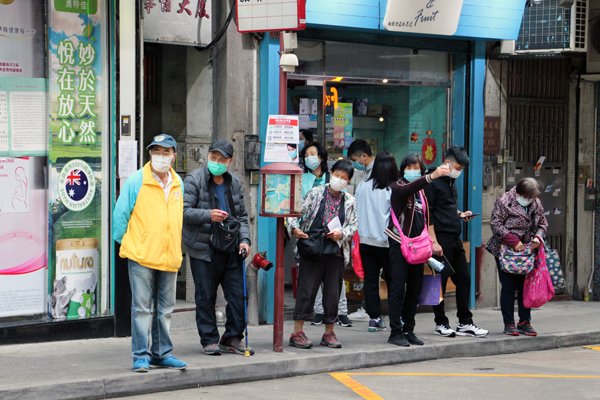 The healthcare Coronavirus concern began to escalate as the lockdown of the City of Wuhan was unable to contain the virus. Other countries started to report cases and while the impact economically felt localized, it was not in this globalized world. Many economists compared the SARS virus of 2003 to the Coronavirus regarding the potential impact and damage to global growth, but there was one major difference. China accounted for roughly 4% of world Gross Domestic Product (GDP) in 2003. Today, China makes up about 16% of global GDP and is a critical component to world growth.2

The importance of China to the global growth and supply chains had a major impact in February as investors reacted to the potential economic challenges of containment. The S&P 500 was off by 8.27% for the month of February. Overseas, the MSCI EAFE was down almost 11% as Europe wrestled with the early spread across the continent. Emerging markets were down almost 10% as the situation worsened in China. The flight to safety was in full effect as monies poured into safe havens. The Barclays Aggregate Bond Index rallied by an astounding 3.76% in February as yields dropped rapidly.3 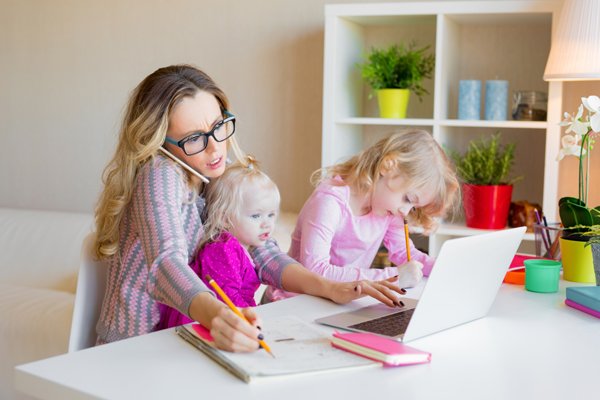 On March 23, 2020, Governor Wolf of Pennsylvania issued a Stay-At Home-Order for Allegheny County and other areas where the Coronavirus was rapidly spreading. The order required residents to stay at home, except for certain allowable travel, health, or critical needs. Those in life-sustaining employment were exempt and operated under cautionary measures. By the end of the month, the order was in effect for all of Pennsylvania and many other states were under similar protocols.

Investors stayed at home to sell securities in March. Trading volume surged and the precipitous market drops caused “circuit breakers” to trip, and trading was halted several times. Trading order flow was disrupted, and liquidity began to evaporate. Correspondingly, the S&P 500 dropped by 12.35%. Small stocks as represented by the Russell 2000 were hit on the chin and dropped by over 20% in the month! Investors were anxiously waiting for the bottom, which occurred on March 23rd, 2020.4 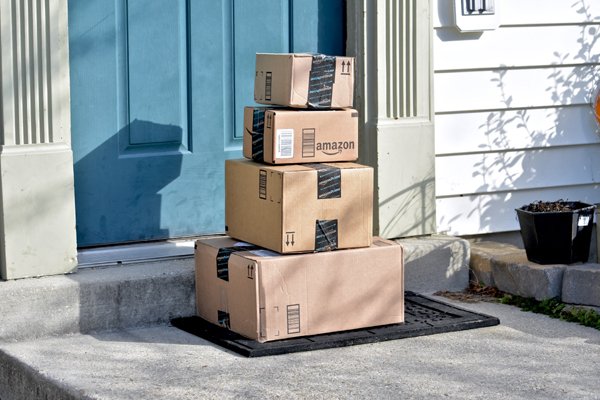 Life as we know it shifted drastically as the United States and the world adjusted to life under a pandemic lockdown. Once stalwart retailers such as Macy’s, JCPenney and Sears, (who struggled prior to the pandemic), now faced critical decisions to stay afloat as in-store shopping evaporated faster than a few mouse-clicks. On the other hand, Amazon, already a monster e-tailing machine, saw sales increase to $75.5 billion in the first quarter 2020, a 27% increase.5

While sprinter vans dashed across the country to deliver cardboard boxes of consumer purchases, the equity markets rallied on the backs of a massive $2 Trillion U.S. stimulus deal. The S&P 500 rallied by 10.3% in April. The MSCI EAFE rallied by 5% as Europe began to “flatten the curve” with the Coronavirus. Emerging markets rallied by 7% carried by China’s easing of restrictions and economic activity.6 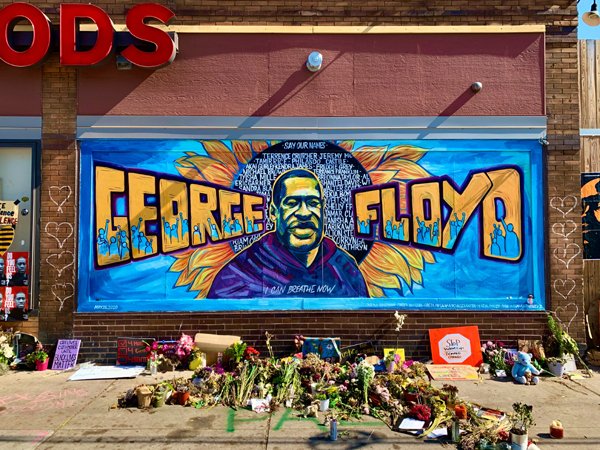 On May 25, Minneapolis police officers arrested George Floyd, a 46-year-old African American man. Floyd was restrained by several police officers, but Officer Derek Chauvin held a knee for an extended period of time to Floyd’s neck, despite his pleas that he could not breathe. Those actions ultimately proved to be fatal for Floyd, and Chauvin is now facing murder and manslaughter charges. The senseless killing outraged Americans, causing protests over racial injustice, both peaceful and not, across the country.

While civil protest raged across the United States, the markets turned their focus to the staggering stimulus package and the hope of a slowing virus spread. The S&P 500 was up 7.8%, representing large domestic companies. The Russell 2000, representing small domestic companies, was up double digits rallying 10.74%. International and Emerging Markets rallied as well, but trailed domestic markets as investors were flocking into U.S. growth and technology stocks.7 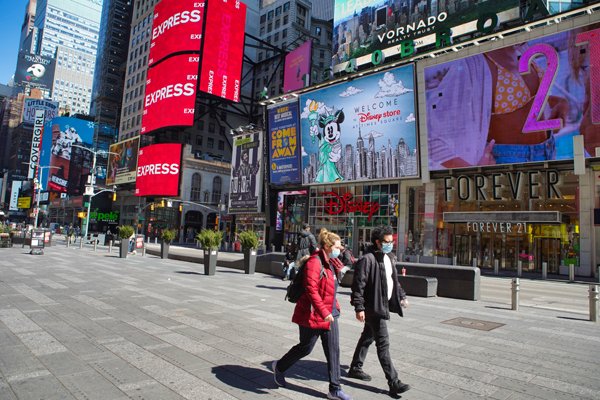 New York City, which was the epicenter of the pandemic in the United States, began to re-open with some dining and shopping. It is a far cry from the hustle and bustle of “the city that never sleeps”, but some signs of economic activity and human interaction appeared in time for the warm summer weather.

The markets slowed in June after the massive snap-back of the previous months. Despite the cooling, the S&P 500 rallied 2% and overseas markets roared upward by 7.36%, led by the rally in Emerging Markets, displaying how the varied returns across asset classes assist in asset allocation and diversification.8

The first half of 2020 was a whip-saw reaction as equity markets tumbled ferociously and rallied back with equal velocity in the second quarter. Remarkably, after facing the onslaught of a global pandemic, the S&P 500 was off a mere 3.09% for the first six months demonstrating the resiliency of the markets and the resiliency of the human world.9

A word about risk: Equities may decline in value due to both real and perceived general market, economic and industry conditions. Investing in the bond market is subject to certain risks including market, interest rate, issuer credit and inflation risk; investments may be worth more or less than the original cost when redeemed. Investing in foreign denominated and/or domiciled securities may involve heightened risk due to currency fluctuation, economic and political risk, which may be enhanced in emerging markets. Mortgage and asset–backed securities may be sensitive to changes in interest rates, subject to early repayment risk, and their value may fluctuate in response to the market’s perception of issuer credit worthiness; while generally supported by some form of government or private guarantee, there is no assurance that private guarantors will meet their obligations. High-yield, lower-rated securities involve greater risk than higher-rated securities; portfolios that invest in them may be subject to greater levels of credit and liquidity risks than portfolios that do not. Alternative strategies such as arbitrage, hedged equity, market neutral or long/short may result in higher internal transaction costs and tax consequences of short-term gain. Funds may engage in option transactions and short sales. Option transactions involve special risks that may make it difficult or impossible to unwind a position when the fund desires. With short sales, you risk paying more for a security than you received for its sale. In addition to the normal risks associated with investing, merger arbitrage strategies may realize losses if the proposed reorganizations in which the strategy invests are renegotiated or terminated. Other arbitrage strategies may include but are not limited to convertible risk, synthetic convertible risk, convertible hedging risk, and covered call writing risk. In hedged equity strategies, selling index call options can reduce the risk of owning equities, but it limits the opportunity to profit from the increase in the market value of equities in exchange for the upfront cash at the time of selling the call option. Additionally, hedged equity strategies may lose part or all of the cash paid for purchasing index put options. Unusual market conditions or the lack of a ready market for any option at a specific time may reduce the effectiveness of a hedged strategy. Diversification does not ensure against loss. There is no guarantee that these investment strategies will work under all market conditions or are suitable for all investors. Each investor should evaluate their ability to invest long-term, especially during periods of downturn in the market.