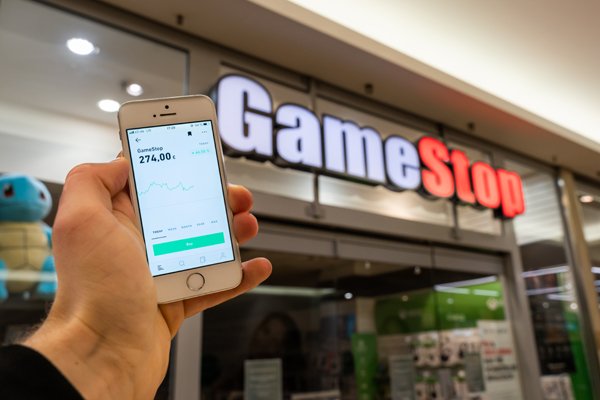 2021 marked the beginning of the new year and a newfound investor euphoria. No, it was not bitcoin or another crypto currency, but meme stocks. What exactly is a meme stock is difficult to define, but broadly speaking, they are stocks gathering considerable attention on social media sites to the point that investors (specifically retail investors), send their prices soaring. Gamestop, the struggling video game retailer became the poster child of this craze as retail investors pushed the stock to new highs, and financially punished many institutional investors who were betting against the stock.

Equity markets started off with a diversion across major indices. While the S&P 500 was down a modest 1%, smaller companies rallied up 5% as represented by the Russell 2000. Smaller company investors viewed economic stimulus favorably, and the re-opening of the economy lifted hopes for stronger company earnings. Global stocks were down as the MSCI EAFE dropped about 1% as Europe’s recovery has been slower than the United States.1

The bond market, as represented by the Barclay’s U.S. Aggregate Bond Index, pulled back as yields shot up higher off the unthinkable low yields reached in 2020. Investors moved away from fixed income to equity as risk appetites grew and alternatives were limited. 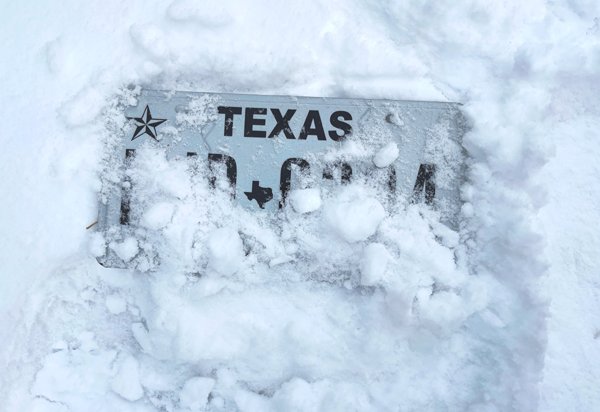 In February 2021, the state of Texas suffered three major winter storms that eventually caused massive electricity failure in the state when people needed it most. Dallas-Fort Worth International Airport hit a record low of -2 degrees on February 16th, providing Texans with a chill never felt in the sunny state. The power outages wreaked havoc and calamity, as utilities were ill-prepared for the storms and faced consequences of previously poor decisions. The Texas freeze would lead to other challenges later in 2021 impacting agricultural products and pricing pressure.

There was no freeze in the equity markets as investors warmed to the economy re-opening coinciding with a strong rollout to the vaccine. The S&P 500 rose 2.76%, and the Russell 2000 rallied a significant 6.23% representing smaller companies’ dependent on the economic re-opening. International markets rallied modest amounts in February compared to domestic markets, a theme repeated throughout the year. While equity markets rallied, bonds suffered as interest rates rose quickly. The Barclays U.S. Aggregate Bond Index dropped 1.44% as investors fled the bond market in droves.2 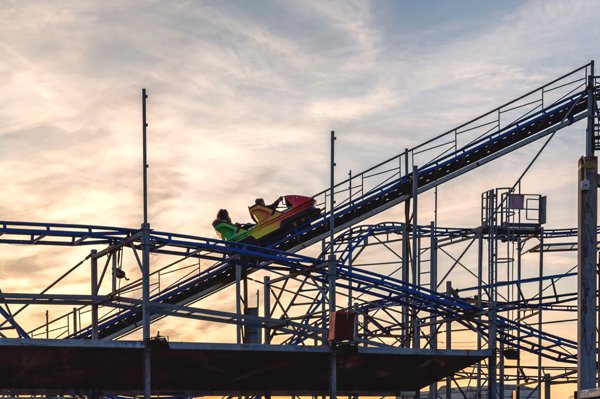 Bond vigilantes continued punishing fixed income markets and specifically treasury markets. The term “bond vigilante,” is investor jargon and best explained as “fixed income investors who believe that bonds are overpriced for some reason and effectively push bond prices lower”. Through the first half of the year, we saw bond vigilantes out in full force like Charles Bronson in the 1970’s film “Death Wish”.

Bonds dropped another 1.25% in March, as represented by the Barclays U.S. Aggregate Bond Index.  Through the first three months of the year, the Barclays U.S. Aggregate Bond Index dropped by 3.37%, representing a troublesome quarter not seen since the inflationary days of the 1980’s. Fortunately, investors were comfortable with domestic stocks, and the S&P 500 rallied by 4.38% for the month.3 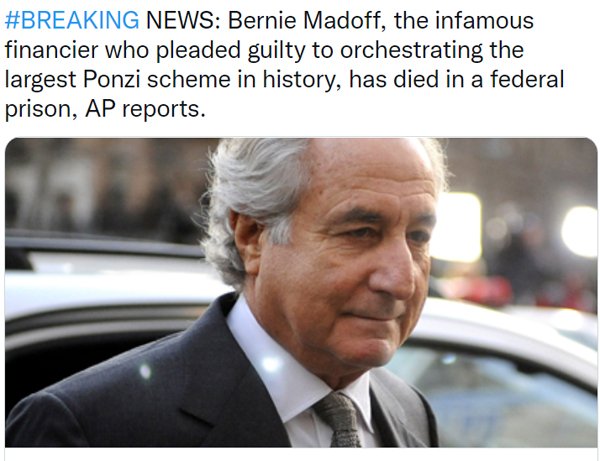 On April 14th, 2021, Bernie Madoff, the infamous fraudster passed away from natural causes while incarcerated. Madoff became the poster child of excess greed from the Great Recession of 2008-2009, as he was the engineer of one of the largest (and hard to believe), Ponzi schemes in the world with his self-audited hedge fund. It is a timely reminder that many investments with little substance can last longer than we expect in good economic conditions.

In more traditional diversified and regulated markets, the S&P 500 moved up 5.34% in April. International markets showed new signs of life, as the MSCI EAFE, representing international developed markets, rose by 3.1%. The MSCI Emerging Markets Index, representing developing countries, rose by 2.5%.4 This offered fresh optimism that global growth is picking up from the pandemic lows.

The talk around inflation became commonplace in 2021 as bottlenecks, labor shortages, and heavy stimulus were impacting the prices. Many observers are split on how much inflation is temporary (February’s summary mentioned the Texas Freeze and the eventual impact on food costs) versus how much is structural from government spending. Regardless, many Americans remember the inflation of the 1970’s and early 1980’s, and any hint of sustainable and substantial price pressure could be problematic for consumers and investors alike.

For now, investors believed that most inflation was temporary, and the Federal Reserve was going to protect the economic recovery. The S&P 500 rose modestly by .7% in May, while the MSCE EAFE rose by 3.34%. The bond market settled in after the first few months of selling and rose by .33% during May as represented by the Barclays U.S. Aggregate Bond Index.5 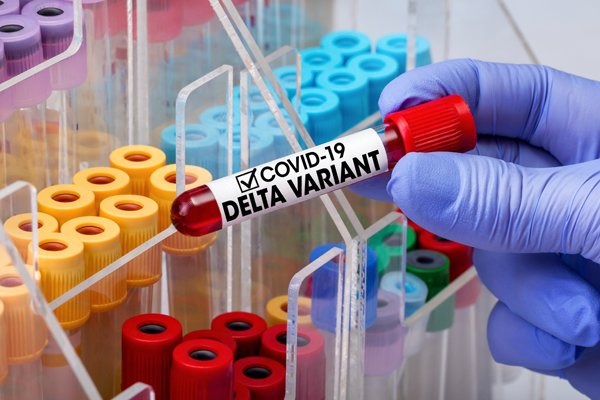 By June, 2021, a new Covid variant was in the headlines. The “Delta Variant” was wreaking havoc across the United States after first being detected in India, Great Britian, and other countries. The powerful and contagious variant was rapidly becoming the leading coronavirus strain in the United States and putting new fears as to what life could entail under a pandemic that is hard to eradicate.6

The markets were not to be put off by new variants as vaccination rates moved at a rapid rate, and the demand economy was in full swing. The S&P 500 rallied by 2.33% and the Russell 2000 rallied by 1.94%. Even the bond market settled in and provided a .7% return for the month offering balanced portfolios a solid return on the backs of the equity markets.7

The first half of 2021 investment markets demonstrated the strength of the recovery and re-opening of the consumer economy. Various changes in investor sentiment hinged on traditional economic measures, as well as the ever-evolving health crisis. The second half of the year offered the dynamics of the first half and new twists to the investment landscape.

A word about risk: Equities may decline in value due to both real and perceived general market, economic and industry conditions. Investing in the bond market is subject to certain risks including market, interest rate, issuer credit and inflation risk; investments may be worth more or less than the original cost when redeemed. Investing in foreign denominated and/or domiciled securities may involve heightened risk due to currency fluctuation, economic and political risk, which may be enhanced in emerging markets. Mortgage and asset–backed securities may be sensitive to changes in interest rates, subject to early repayment risk, and their value may fluctuate in response to the market’s perception of issuer credit worthiness; while generally supported by some form of government or private guarantee, there is no assurance that private guarantors will meet their obligations. High-yield, lower-rated securities involve greater risk than higher-rated securities; portfolios that invest in them may be subject to greater levels of credit and liquidity risks than portfolios that do not. Alternative strategies such as arbitrage, hedged equity, market neutral or long/short may result in higher internal transaction costs and tax consequences of short-term gain. Funds may engage in option transactions and short sales. Option transactions involve special risks that may make it difficult or impossible to unwind a position when the fund desires. With short sales, you risk paying more for a security than you received for its sale. In addition to the normal risks associated with investing, merger arbitrage strategies may realize losses if the proposed reorganizations in which the strategy invests are renegotiated or terminated. Other arbitrage strategies may include but are not limited to convertible risk, synthetic convertible risk, convertible hedging risk, and covered call writing risk. In hedged equity strategies, selling index call options can reduce the risk of owning equities, but it limits the opportunity to profit from the increase in the market value of equities in exchange for the upfront cash at the time of selling the call option. Additionally, hedged equity strategies may lose part or all of the cash paid for purchasing index put options. Unusual market conditions or the lack of a ready market for any option at a specific time may reduce the effectiveness of a hedged strategy. Diversification does not ensure against loss. There is no guarantee that these investment strategies will work under all market conditions or are suitable for all investors. Each investor should evaluate their ability to invest long-term, especially during periods of downturn in the market. Investment advice offered through Fragasso Financial Advisors, a registered investment advisor.