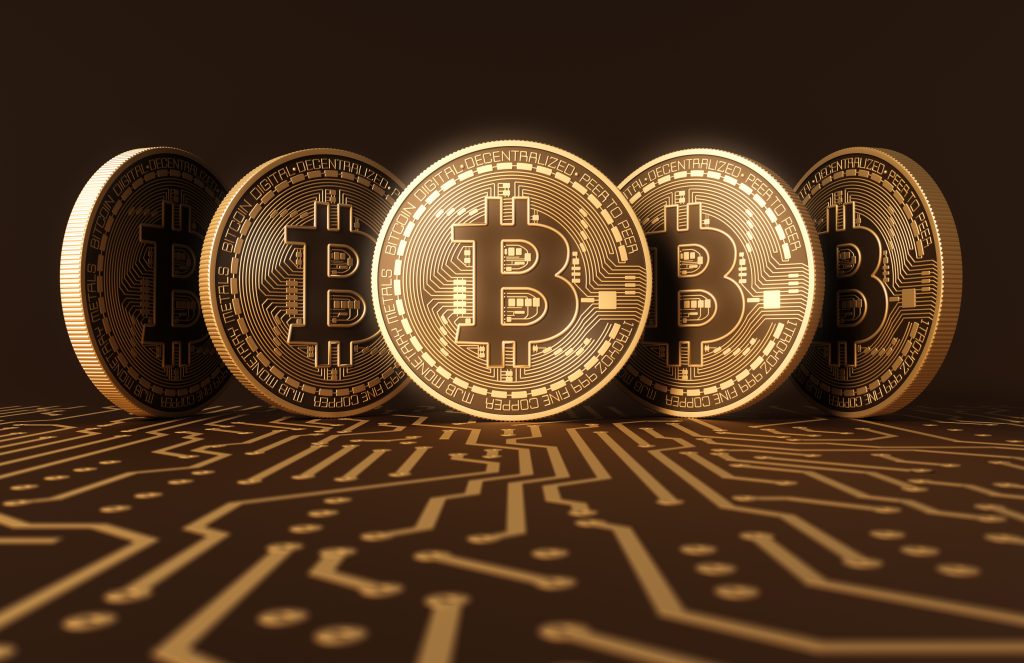 Your financial advisor and portfolio management professionals at Fragasso Financial Advisors cannot advise on or invest in cryptocurrencies on your behalf. This purpose of this article is to purely educate those interested in this popular topic and asset class.

Cryptocurrencies have produced spectacular returns over the past decade. The first and still the most popular, Bitcoin, rose from $5 in 2011 to $500 in 2013, $5,000 in 2018, and $50,000 in 2021, creating many millionaires—at least on paper–as demand for digital assets climbed. In recent weeks, though, downside volatility returned to the space, with Bitcoin falling more than 25% from all-time highs. As the asset class continues to attract interest, we once again reviewed the investment merits of these instruments.

Cryptocurrencies are at the core of the digital economy. These are simply financial assets stored on a distributed ledger of computers (a “blockchain”) around the world, rather than with a central authority. While traditional financial systems depend on individual trusted entities, like banks, the integrity of blockchain system depends on complex consensus mechanisms that coordinate records across thousands of individual participants. Since Bitcoin’s introduction in 2008, dozens of variations on this theme have been introduced, with new and exciting capabilities. Economic incentives for participation in these systems are generally linked to digital assets called cryptocurrencies.

A few representative categories and examples of blockchain systems are included below. Note than in many cases, the cryptocurrency associated with a network has a different name than the system itself. For example, the Ripple network uses XRP as its currency.

• Bitcoin – the first and largest of the cryptocurrencies, used primarily as a currency for payment transactions and often touted as a potential “store of value” due to its limited supply.

• Application networks (Ethereum, Cardano) – these related projects have the ability to process “smart contracts” and run other software applications in addition to the simpler payment processing and storage functions of the Bitcoin and similar networks.

• Enterprise coins (Ripple, Stellar) – these systems are designed to interface with the existing financial system, rather than operating completely outside it.

• “Kooky” cryptocurrencies (Dogecoin) – these systems, including the popular cryptocurrency based on a dog-themed internet meme, often lack well-established use cases and/or economic incentives.

Most of these categories now contain a handful to dozens of options or more, with many more in development. The growing interest in the space is a double-edged sword, with more demand for existing cryptocurrencies offset by the continual introduction of new and better alternatives. In fact, the proliferation of competitors is one of four reasons we remain wary of the space.

The first reason is that, unlike stocks and bonds, cryptocurrencies typically produce no income or cash flow for their owners. Instead, prices depend purely on the balance of supply and demand over time. The supply of bitcoin, for instance, is limited, and a small number of large owners may control a significant amount of that supply.1 Thus, relatively small increases in demand from the public have led to huge movements in price. On the other hand, it may not take much in the way of sales from large owners to change the supply/demand balance dramatically.

This makes valuing cryptocurrencies exponentially harder than the relatively straightforward exercise2 of valuing a stock or bond. Some believe value should be tied to the marginal cost of production.3 Others believe the value of a potential store of value like bitcoin should be calculated relative to gold or another currency. It may also be possible to relate the value of a cryptocurrency to the total economic value created for its users. Others, of course, believe these assets have no value whatsoever.4

Enthusiasts for assets like Bitcoin point to limited supply, but that alone is not sufficient to drive the price of an asset ever upward. There are only 1.4 billion shares of GM stock outstanding and 244,000 metric tons of gold on earth, but the prices of these assets go up and down depending on changing economic prospects (in the case of GM) and changing demand (in the case of gold). Like other commodities or currencies, demand for cryptocurrencies over the long run should be associated with the economic benefits provided to their owners—and perhaps more importantly, their users.

2. The Pace of Mainstream Adoption is Slow

The relative lack of usage is the second major hurdle for cryptocurrencies to overcome. Essentially all the assets in the group are in their early stages. The number of payments per day made using bitcoin has roughly doubled over the last 3 years,5 but the Visa network would be capable of processing current daily bitcoin volume in just about 30 seconds.6 Applications run on the Ethereum network have gathered hundreds, or in some cases thousands, of daily users7–this pales in comparison to the hundreds of millions or billions of daily users for mainstream applications like Twitter or Facebook.

3. The Pace of Technological Change is Fast

The third strike against the asset class is the rapid proliferation of new cryptocurrencies with a variety of features, making it harder to distinguish winners from losers. Success requires an investor to both identify an important application and choose a token that will become the de facto standard for that application. In a simple example, Bitcoin has a “first-mover” advantage and a large network of users, but some competitors are faster, cheaper, and more stable, which could result in migration over time. Differentiating between choices may also require significant technical expertise, as consensus mechanisms evolve. Choosing the right cryptocurrency to bet on moving forward will be at least as difficult as picking Amazon from the multitudes of e-commerce companies started in the late 1990s. Investors should be aware that despite their potential as a group, the odds are slim that an individual investor will be able to pick the winners among dozens of contenders.

The final reason for caution is that the cryptocurrency market—even a decade into its existence—still appears to have many characteristics of a speculative frenzy. New technologies, from railroads to transistors to the internet to blockchain, tend to create bubbles in asset prices. Rising prices themselves are also driving demand—many people who watched Bitcoin appreciate from $5 to $50,000 are now buying in the hopes that they will experience similar gains. The stunning performance of Dogecoin, conceived partly in jest, is another warning that economic fundamentals are not the primary drivers of movement in cryptocurrency prices.

A comparison to other currency markets makes the role of speculators clear. Certainly, some investors purchase Euros in hopes that the currency will appreciate vs. the U.S. dollar. However, the primary reason to hold a currency like the Euro is to purchase goods and services produced by countries within the Eurozone. Similarly, the value of a cryptocurrency must eventually be anchored by the value of services provided by the blockchain network associated with it.

Finance professor Benjamin Graham defined an investment as an asset which, “upon thorough analysis, promises safety of principal and an adequate return”. All four of these factors—valuation difficulties, slow mainstream adoption, rapid technological change, and rampant speculation—make successful investment in cryptocurrencies at this stage in their development unlikely, though the extreme volatility and momentum in the space may allow for large speculative gains.