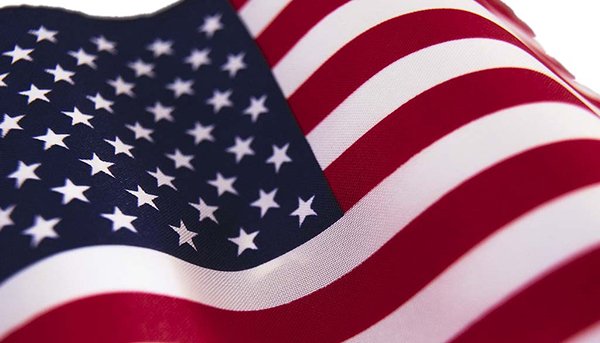 As the 2020 election approaches, we have been spending a lot of time discussing portfolio positioning. But historical evidence shows that political opinions are not the best predictor of stock market returns. Both parties have suffered recessions and bear markets and presided over economic booms. Indeed, the market produced similar performance under both conservative hero Ronald Reagan and liberal icon Barack Obama. In a more recent example, the market initially plummeted on Donald Trump’s win before eventually rebounding to new all-time highs.

Elections are One of Many Factors Driving Market Performance

However, that’s not to say that elections have no influence on stock market returns. Corporate tax cuts under Republican leadership in 2017 reduced business tax rates from 35% to 20%, putting an extra $0.15 of every profit dollar back into shareholders’ pockets and increasing valuations commensurately. Individual companies can also be helped or hurt by government actions. Higher military budgets benefit defense contractors, as did the invasions of Iraq and Afghanistan. Large-scale changes to federal student loan programs in 2007 nearly put some corporate participants out of business altogether. So, there are likely to be significant impacts on portions of the stock market no matter who comes out on top in 2020.

Both Parties are Targeting Healthcare Profits

The healthcare sector will likely be the primary nexus of market uncertainty in 2020. Both parties believe drug prices are too high but disagree on the best way to bring them down. In general, Democrats favor a larger role for government in the pricing process, with some proposing a single-payer healthcare system. Republicans, in contrast, think increased competition will bring down prices. In either case, companies selling high-priced prescription drugs (especially when the government received the bill) face a less profitable future.

Drugmakers have long benefitted from protection, as lawmakers attempt to incentivize research by granting temporary monopolies. Drugs generally receive many years of patent protection before generic manufacturers can introduce similar products. This has long been seen as a necessary evil by many free-market proponents but ever-increasing prices have many politicians rethinking old opinions. That doesn’t mean generic drug manufacturers are safe, though, as they too have been accused of price-fixing and other anti-competitive practices.

The most controversial proposal is a move to a single-payer system, like the “Medicare for All” plans favored by some Democrats. On the surface, this might not seem to be a huge problem for most healthcare companies. The federal government is the only buyer of the F-35 fighter jet, and Lockheed Martin is doing quite well. But portions of the healthcare value chain could be dramatically reduced or eliminated under such a system, including the health insurance function and a variety of middlemen. The government also has much more bargaining power than private-sector buyers, given its ability to effectively set prices by decree rather than negotiation. Notably, the Trump administration’s plan to lower drug pricing also includes “better negotiation” as a key tenet.

The technology sector, which contains many of the best-performing stocks over the last decade, may also be at risk. Big tech has done little to endear itself to politicians on either side of the aisle over the last few years. Some Democrats believe the Facebook/Cambridge Analytica fiasco cost their party the 2016 presidential elections. Many Republicans think Google and Facebook present liberal-leaning search results and advertising at the expense of conservative content. Neither party has been thrilled with data privacy measures at the tech giants.

It’s clear that a handful of the largest tech companies accumulated near-monopoly power over the last decade. Google is essentially the only destination for search, and Facebook (via Instagram, Whatsapp, and the core Facebook app) is arguably the only social network that matters. These two companies control a vast amount of online advertising and customer data. For an indication of potential implications, we can look to recent history. Microsoft was nearly broken up twenty years ago due to antitrust considerations, and Google has already been subject to fines and activity restrictions by European regulators.

Finally, an increase in corporate tax rates would almost certainly result in a moderate downturn in the broad market. Philosophically, such an action is endlessly debatable. Perhaps the $0.15 of every profit dollar returned by the Trump tax cuts is supporting an entrepreneurial venture or contributing to consumer spending. On the other hand, it could be sitting idle in a bank account instead of building a new bridge, feeding an impoverished child or funding better arms for our soldiers. Either way, a reversal of the tax cuts means less money for shareholders and lower equity valuations.

Democrats would need to gain several seats in the Senate in addition to winning the presidency in order to completely reverse the policy changes made under Republican control in 2017 and 2018. Conversely, Republicans would need to gain nearly two dozen seats in the House to regain that degree of control over the direction of the country. With the country deeply divided on many fronts, perhaps the most likely outcome is merely a continuation of partisan gridlock. An extreme swing of the political pendulum (and the most draconian regulatory changes) may not be in the cards for 2020.

A business that can be severely damaged by relatively small changes in government policies is not much different from one that can be quickly hurt by changes in technology, or unpredictable swings in commodity prices. Companies that are able to control their own fate are more desirable. Ironically, we’d also warn investors of the dangers of investing in companies that achieve too much success—monopoly profits attract the attention of regulators. It makes more sense to look for investments that can succeed in a variety of environments, rather than attempt to predict the swings in political sentiment.