Christine joined Fragasso as controller in 2013 after heading up a successful home health care agency as its chief operations officer. At Fragasso, she was quickly promoted from controller to chief financial and operating officer and is a member of the executive management team. Christine is responsible for the firm’s accounting and financial functions including budgets, forecasts, reporting and fiscal responsibilities. During her time at Fragasso, she has streamlined accounting functions and protocols along with administering the firm’s employee stock ownership plan. She also oversees the human resource and operational departments of the firm. This entails review of firm wide functions looking for ways to improve efficiency all the while maintaining best places to work status. She prides herself on open communication and transparency in order to create an enjoyable work environment for all Fragasso employees.

Christine is a first generation American born in Pittsburgh. She grew up in neighboring Etna with four siblings. She attended Penn State University’s main campus and earned her bachelor’s degree in accounting. During the span of her career, she lived in various parts of the country but always knew she would land back in Pittsburgh. In her spare time, she enjoys spending quiet time at Indian Lake with her husband, David, and their three children. Christine was named 2016 CFO of the Year by the Pittsburgh Business Times which recognizes financial professionals in western Pennsylvania for outstanding performance as a corporate financial steward.1 She is proud alumna of Leadership Pittsburgh, class of XXXV.

1 – CFO of the Year Eligibility
Nominees must be Chief Financial Officers or hold equivalent positions in the western Pennsylvania region. Companies do not have to be headquartered in region, but CFO nominees must have home office in the region. An independent panel of judges, which includes winners of the 2015 CFO of the Year Awards select winners based on information provided through online nominations. 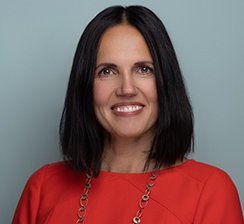