Terry joined Fragasso in 2014 as staff accountant. He handles all daily accounting duties, including accounts payable and receivable, payroll, and updating and maintaining employee files. Terry was born and raised in Canada. He began his career in the logging industry in British Columbia. He worked as a boom man, making log booms on the ocean so tug boats could transport the raw material from the camps to the sawmills. After a logging accident, Terry decided to move his career indoors and that’s when he began to pursue accounting. Terry attended college as an adult, earning his bachelor’s degree from Point Park University. He was named Point Park University’s Outstanding Graduating Student from the School of Business in 2011.

When Terry is off duty he enjoys spending time with his wife and their house full of critters, which includes four golden retrievers and three cats. He volunteers with the Golden Retrievers in Need organization. If someone is in the adoption process, he will do home visits where he evaluates what type of dog might fit best into the family. He is also on the investment commttie for the Hekima Place – a safe, loving faith-based home for orphaned and vulnerable girls in Kenya 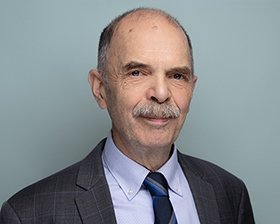